Bucket Game is a bucket of features, or “mods”, that can be used to create different types of Minetest worlds. It's highly configurable and will become more so.

Old Minetest “games” or “modsets” can be used instead of Bucket Game as long as they're older than Spring 2017.

There is a buggy fork of standard Minetest (i.e., pre-2017 Minetest) at minetest.net. Final Minetest doesn't support modsets that rely on features in the minetest.net fork.

One example is the Clouds API. We've dropped that because fast is a blast. We prefer fast to being able to make clouds dance the tango.

Bucket Game isn't a drop-in replacement for old modsets. It's most suitable for use with new worlds.

The new modset includes numerous improvements, including a version of WorldEdit with must-have features.

One thing that you can't do is mix external mods randomly with Bucket Game. However, if you like, we'll help you to port external mods to the modset.

This page explains and/or links to setup and usage instructions for Bucket Game. You'll probably want to visit the following pages as well:

Building and/or installing Minetest is a separate issue. For instructions related to that, see the Program Setup documentation.

As explained in the Program Setup documentation, Final MT supports a per-world configuration file named world.conf. It goes in the same folder as map.sqlite and world.mt.

We recommend that world-specific parameters, including mod parameters, be placed in world.conf as opposed to minetest.conf.

The unique settings shown are intended primarily for use with Bucket Game.

Both worlds are based on the Bucket Game modset, but they're rather different because Bucket Game is highly configurable. It also has preliminary support for multiple game modes.

Multiple game modes means that groups of things like ore distribution or enable/disable of mods can be tied to a single game-mode config-file switch.

More about the process of tailoring Bucket Game to support multiple game modes will be added here.

In Bucket Game, CoderEdit is the successor to WorldEdit. The most important improvements in the mod are as follows:

* You can use //saveboth and //loadboth to save and load large areas including meta. WorldEdit has no way to do this without locking up Minetest.

* You can load large schems without, in general, introducing dark shadows or getting large holes instead of mapblocks. Several other commands include the same fix.

* You can save and load large schems even when using LuaJit.

There is some information about these two modes on the Features page. Full details will be added here later.

If you're not using Bucket Game, spawn is outside the scope of Final MT and works according to your modset's rules.

In Bucket Game, there are a few different groups of mobs. The largest group is CoderMobs, which includes most mobs other than sealife and mummies.

CoderMobs will usually appear only if you explicitly enable them on a species basis. For the settings to use, see the sample Wonder World config file at this link.

Bucket Game supports both 2D and 3D torches. The default mode is 2D. If you prefer 3D torches, add either of the following settings to a world's world.conf file:

Warning: It's a one-way change. You can't enable 3D torches and then disable the feature. If you do, torches will end up with incorrect orientations. 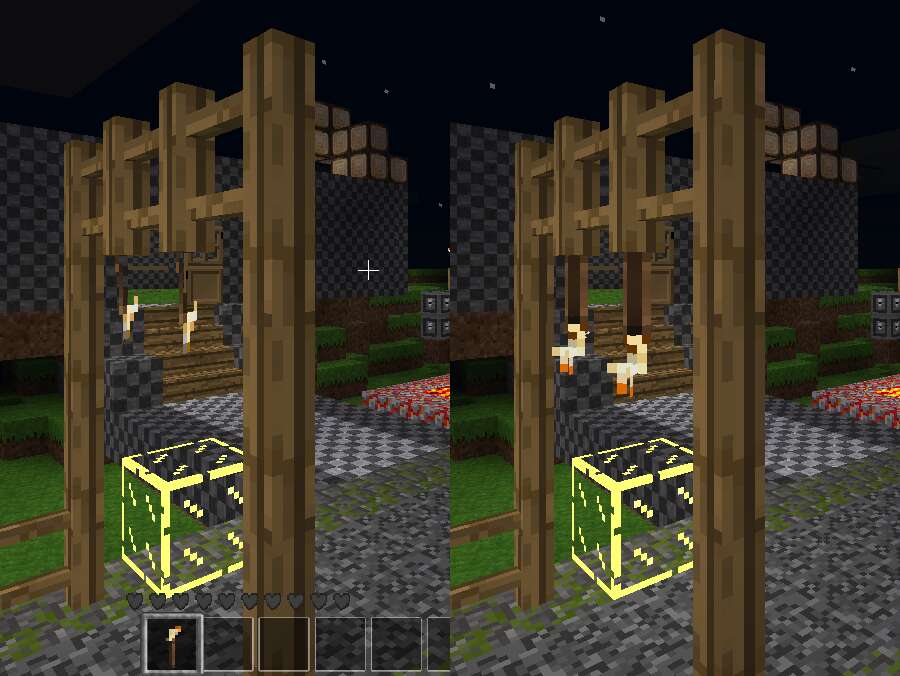 There is no built-in method to access the realms yet other than teleportation. Admins can, however, TP people to the realms and allow them to set homes there.

(*) We recommend that you turn on Fly and Noclip before visiting Planetoids or Asteroids. For Planetoids, you may also want to turn off Fog.

We haven't added light-cycles to the BRON realm yet, but they'll be available in the short term. 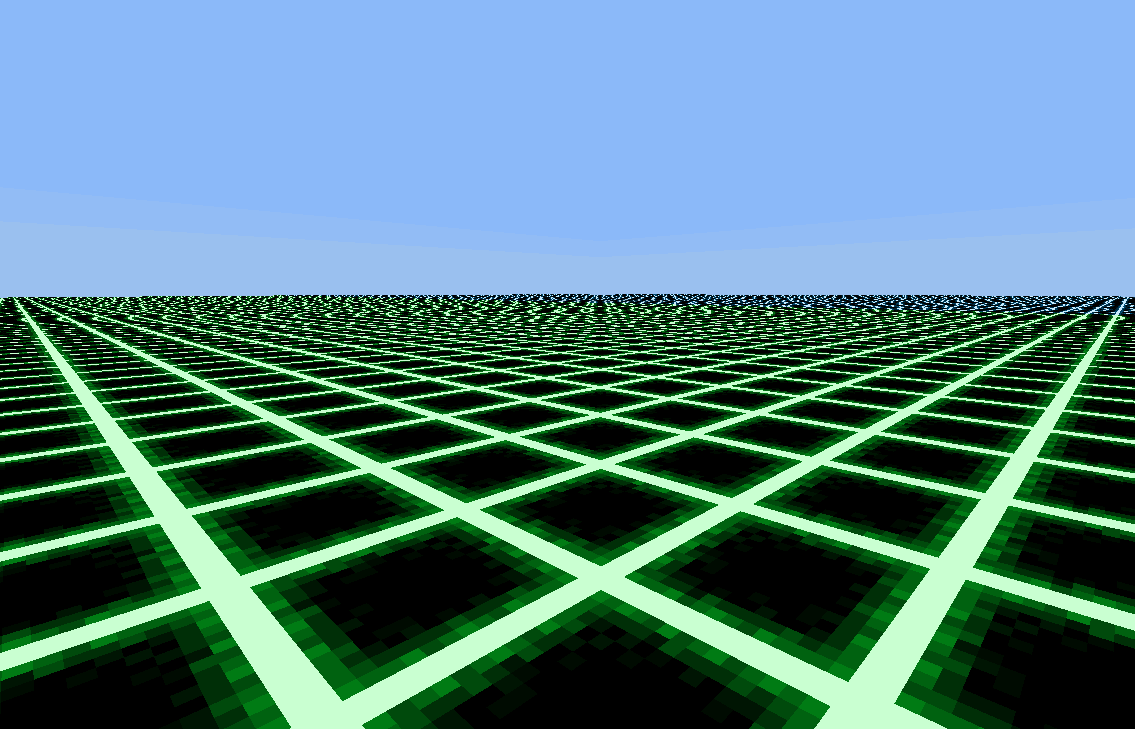 Bucket Game includes a wiki mod. The mod is enabled if, and only if, one of the following two config-file settings is specified:

If the mod is enabled, the main wiki screen will be displayed to players when they join the game.

As an extra, the wiki mod supports player theme sounds. Each player may have a unique sound clip played at the time that he or she joins.

It's strongly recommended that these sound clips be limited to 1 to 4 seconds in length.

To install a theme sound for a player, convert it to an Ogg sound file, rename the file to the player's nickname plus a “.ogg” filename extension, and copy it into the wiki mod's sounds subdirectory.

Example: The sound-file name for a player named “sallyforth” would be “sallyforth.ogg”.

In the future, the sounds subdirectory will probably be moved to the world directory.

To get all of the features discussed in this section, please use a build kit dated 190211 or above.

The Bucket Game version of MoreBlocks has been modified as follows:

2. MoreBlocks stairs and slabs now inherit orientation, when placed, from the nodes that they're placed against. The idea is to duplicate the superior Stairs mod conventions.

Slabs and stairs made from the circular saw now behave exactly the same as the ones in the stairs mod. This makes life much easier for builders, much less mucking around with a screwdriver.

3. If identical slabs are stacked, MoreBlocks now merges them to produce whole blocks. The idea is to duplicate the Stairs mod conventions.

If you prefer the old MoreBlocks conventions, add the following setting to world.conf:

This will revert changes #3 and #4 above, but not the changes listed in #1.

It doesn't do that. All slabs are “lower” slabs, except when I right-click on a block “overhead”, which *does* place an “upper” slab. Once I use the [screwdriver] to rotate the slab, I can then place subsequent slabs correctly.

With stairs, it should be an “inverted” stair on the top third of a block. I've been frustrated by that on servers running 0.4.17 many times.

That's the way it always was, unless that old version of MoreBlocks or some other mod provided this functionality.

To get a slab to sit in the upper half of the node, you need to use a screwdriver or start by placing one slab on the underside of an overhang.

It's the same with stairs. Once one of them is right, the rest follow suit. This has always been the behaviour of the Stairs mod.

1. In Bucket Game, More Trees density can be adjusted. Details will be added. However, if you create forests of these trees, lag will occur.

I multiplied the number of large trees by 100 then started a new world. Dense forests of them where no light could pierce from above. I thought it might make an interesting map with no sunlight to kill monsters.

I didn't explore very far as FPS dropped to 14. So, those trees do come at a cost.

I made them pretty rare in Wonder Game. It might pay to add a warning to server hosts in the documentation that if people start growing them everywhere, they'll start getting lag.

If you don't want to use CoderFruit or if you'd like the old apples back regardless, add this setting to world.conf: