Which Minetest do I need?

There are four major Minetest projects. We'll go into more detail in the fol­low­ing sections.

* Use case: Single-per­son private use at home, with­out a network.

For this use case, we recommend a Linux or Windows box running either of the Final Minetest desktop clients. A Trolltest 5.3 or be­low desktop client might work as well. The box can be a PC, a laptop, or a Raspberry Pi.

Note: The clients don't need a sep­ar­ate server when they're used in this mode.

* Use case: Family or classroom use with a private network at home or school.

For this use case, you'll want a Linux box that runs a Final Minetest or MultiCraft 2 ser­ver plus one or more devices that run Minetest client pro­grams.

The Linux box can be a PC, a laptop, or a Raspberry Pi. The clients can run on simi­lar devices or on Android or Apple mobiles.

* Use case: You'd like to run a public ser­ver on the Internet.

For this use case, you'll need a Linux VPS and the Final Minetest Finetest ser­ver or the MultiCraft 2 ser­ver.

Note: People some­times try to use port forwarding to run servers at home. This is tricky and not recom­mend­ed.

* Use case: You just want to connect to Internet MT worlds and you have a mobile.

For this use case, use one of the MultiCraft 2 clients. For Final Minetest worlds, the old Trolltest Android client may also work.

* Use case: You just want to connect to Internet MT worlds and you have a Linux or Windows desktop box.

For this use case, the Final Minetest Finetest client will work.

* Use case: You'd like to have an Internet MT world but not run the ser­ver.

More about the dif­fer­ent Minetest groups:

First, a note for tech types:

There are two Minetest network protocols: MT 4 and MT 5. The two protocols aren't com­pat­i­ble but some servers include code to sup­port both.

* Trolltest aka minetest.net — This was the orig­inal Minetest project. Most peo­ple were anonymous, many were hos­tile to everybody, and some were mentally ill. It wasn't a very nice place.

minetest.net is still around but it isn't recom­mend­ed for teachers or parents of minors. You definitely don't want children or minors to be around the troll devs. However, it's partly a moot point. Due to a project plan that has collapsed in mul­ti­ple respects, the minetest.net ecosystem is large­ly broken as of 2022 regard­less.

* MultiCraft 2: This is a commercial product focused on mobile clients. As of 2022, the sources can still be used to build Linux servers.

MultiCraft 2 is important be­cause it's the only reliably maintained MT branch that supports Apple devices and OSes. It's also the source for the dominant Android MT client.

MultiCraft 2 is moving towards a complete split from Minetest. In the future, it may not be com­pat­i­ble with Minetest protocols and worlds. At that point, Final Minetest may be, in actuality, the final stable and usable Minetest project in existence.

In the end, MultiCraft 2 is ex­pect­ed to be Voxel As A Service as opposed to a pro­gram that you can down­load, keep, and use as you wish. Specifically, the project is moving towards forced updates as well as a walled-garden business model.

The MultiCraft 2 founder and lead is Maksym Hamarnyk. However, the project as a commercial product seems to be owned now by a venture named MultiCraft Studio. As of mid-2022, the as­soc­i­a­ted Play Store links were as follows:

Maksym had an odd rela­tion­ship with Trolltest in the 2010s. In public, the troll devs at minetest.net used to revile Maksym and talk about ways to stop him. The anger was due to the fact that Maksym wanted to make money and this was contrary to minetest.net philosophy.

The funny part was that, in private, the troll devs would creep round to Maksym's back stair and ask for some of the money.

Final Minetest is neutral on the issue of making money. On the one hand, FOSS is BOSS. On the other hand, MONEY is HONEY.

MultiCraft 2 servers work with both MT 4 and MT 5 clients. However, Final Minetest works bet­ter in this regard.

* Edgy McEdge aka edgy1.net — Edgy's group doesn't have its own MT releases. However, it runs the most important remaining MT ser­ver boxes and social media resources. Edgy uses parts from all of the MT projects.

Final Minetest offers the most advanced MT game in existence as well as the greatest com­pat­i­bil­i­ty with MT clients across the board.

The main issues with Final Minetest are that it doesn't offer Apple sup­port or its own mobile clients. The focus is on Linux servers and Linux and Windows desktop clients. Final Minetest worlds also aren't on major ser­ver lists. We'll come back to that point.

Other Final Minetest features include: 20 times faster mapgen in some cases. 64x64 high-resolution skins. Advanced APIs found nowhere else. Full integration of 3D Armor and the skins system. MT 4 and MT 5 dual com­pat­i­bil­i­ty superior to that of MultiCraft 2. 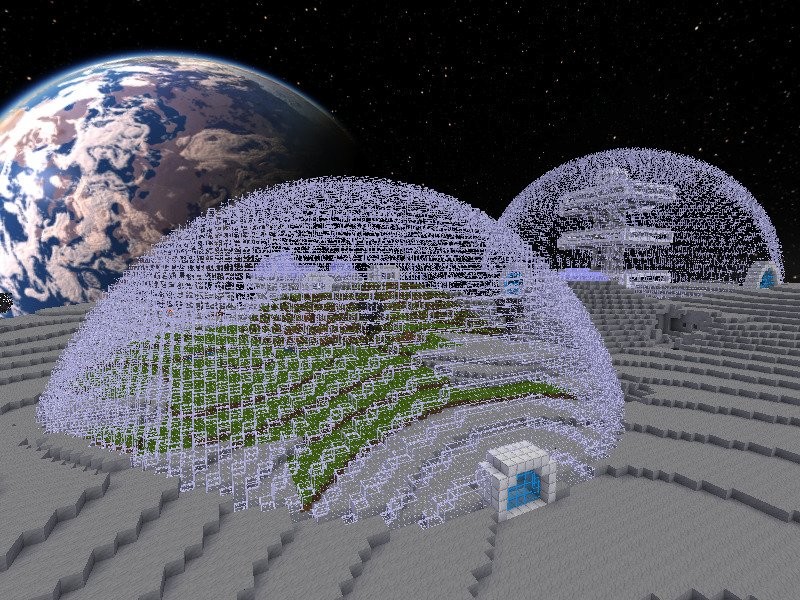 A word about ser­ver lists:

If you decide to host an Internet MT world or to have one hosted for you, you'll need to know about ser­ver lists.

For years, the Trolltest group maintained control of Minetest through a stand­ard “gatekeeper” strategy:

If MT worlds wanted to attract large num­bers of visitors, they had to obtain them through the use of a ser­ver list that Trolltest ran. If a world wasn't on the list, it wasn't going to have visitors except for those were invited.

So, Trolltest could keep peo­ple in line by threat­en­ing to remove their worlds from the list.

However, MultiCraft 2 has enough users now that it no longer needs to rely on the Trolltest ser­ver list. As of 2022, the two projects run large­ly independent ser­ver lists though there is some overlap.

Final Minetest worlds usually aren't on either list. A Final Minetest ser­ver list will be restarted in the future. However, it needs to be clear that the project doesn't intend to compete with Trolltest or MultiCraft 2 based on this feature.

In short, the market for Final Minetest is serious hobbyist or edutech adults and their groups as opposed to ran­dom teenagers who visit ran­dom worlds based on ser­ver lists.